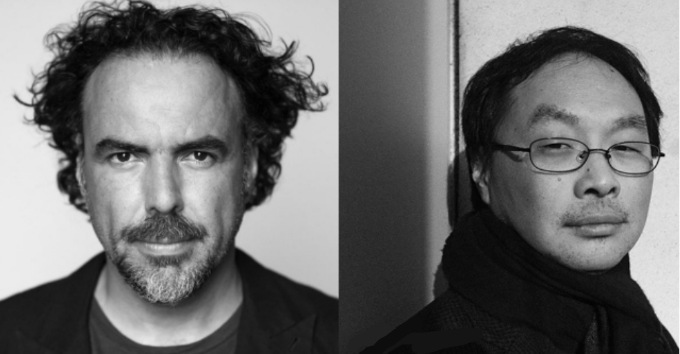 As announced earlier, the Kurosawa Akira Award has returned to TIFF this year after 14 years. Honoring the renowned auteur's legacy and ongoing influence, the award is presented to filmmakers who are making extraordinary contributions to world cinema and are expected to help define the film industry's future.

Iñárritu made his feature debut with Amores Perros in 2000, which won the Cannes International Critics' Week Grand Prix as well as the Tokyo International Film Festival Grand Prix, and was nominated for the Academy Award for Best Foreign Language Film. Since then, he has been actively releasing films such as Babel (2006), Birdman or (The Unexpected Virtue of Ignorance) (2014) and The Revenant (2016), winning numerous awards including the Best Director at the Academy Awards.

His latest film, Bardo, False Chronicle of a Handful of Truths, premiered in Competition at this year’s Venice Film Festival, and will be screened in the TIFF Gala Selection. In 2009, he served as the President of the 22nd TIFF jury and will return to TIFF this year as the Kurosawa Akira Award recipient.

The selection committee members decided to award this year's prize to the filmmaker, as his debut film Amores Perros drew the world's attention to Mexican cinema, and while he has since won many awards, he has continued to vigorously challenge himself to try something new with each film, an approach that is worthy of recognition.

Fukada's Harmonium premiered in the 69th Cannes Film Festival's Un Certain Regard section in 2016, where it won the Jury Prize and his following films have also premiered at the world's leading festivals, making Fukada one of the most highly regarded Japanese directors on the international scene.

He has also been involved in activities that go beyond being a film director, launching the Mini Theater Aid initiative with fellow directors like Ryusuke Hamaguchi, which aimed to prevent the collapse of arthouse theaters that had fallen into financial crisis due to the impact of COVID-19. His latest film, Love Life, was screened in the Competition section at this year's Venice International Film Festival.

The selection committee members praised the excellence of Fukada's films as a young Japanese director with a promising future. In addition, considering his energetic contributions to the industry beyond filmmaking, which have been also highly acclaimed, Fukada will be honored with the Kurosawa Akira Award.

The Kurosawa Akira Award ceremony will be held on Saturday, October 29 at the Imperial Hotel.