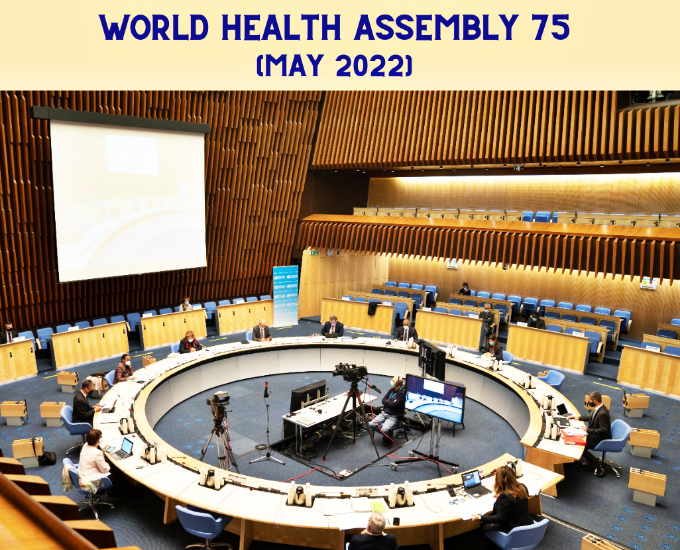 Proposed amendments to international health regulations covered by the World Health Organization does not grant the WHO any new powers over countries.

(abc10.com) On May 22, the World Health Assembly will take place in Geneva, where World Health Organization member states will meet to discuss current and future priorities for public health issues of global importance. On the agenda is a U.S.-proposed change to international health rules. These rules set the standards for all countries to have the ability to detect, assess, report and respond to public health events.

The proposed amendments outline new ideas to better respond to a pandemic. Across social media, users are referring to the amendments as the "pandemic treaty" and say it would grant the WHO "complete health sovereignty," and unlimited authority over governments in a global health crisis.

On a podcast hosted by Steve Bannon, former Minnesota Representative Michele Bachmann also claimed the amendments could give the WHO sovereignty over the United States.

Several VERIFY viewers asked us to look into what powers the WHO would have should the amendments pass.

Would the "pandemic treaty" provide the WHO control over governments during a global health crisis?

No, the WHO would not have control over governments during a global health crisis. The amendments to the International Health Regulations would allow WHO member countries to share data and better prepare for future pandemics, but preserve the authority of individual countries.

During a World Health Organization special session in December 2021, member states agreed to create a plan that would help prepare for future pandemics.

In April 2022, the U.S. proposed several amendments to the existing International Health Regulations, based on what governments learned during the COVID-19 pandemic. The regulations set the standard on how to respond to a global health crisis.

The amendments include adding early warning criteria, a request to provide genetic sequence data, and outlines a timeframe for when and how countries can ask the WHO for support.

During a press briefing on May 17, WHO's general director Tedros Adhanom Ghebreyesus addressed "misleading statements" made about the proposed amendments.

Unfortunately, there has been a small minority of groups making misleading statements and purposefully distorting facts. I want to be crystal clear. WHO's agenda is public, open and transparent. WHO stands strongly for individual rights. We passionately support everyone's right to health and we will do everything we can to ensure that the right is realized.