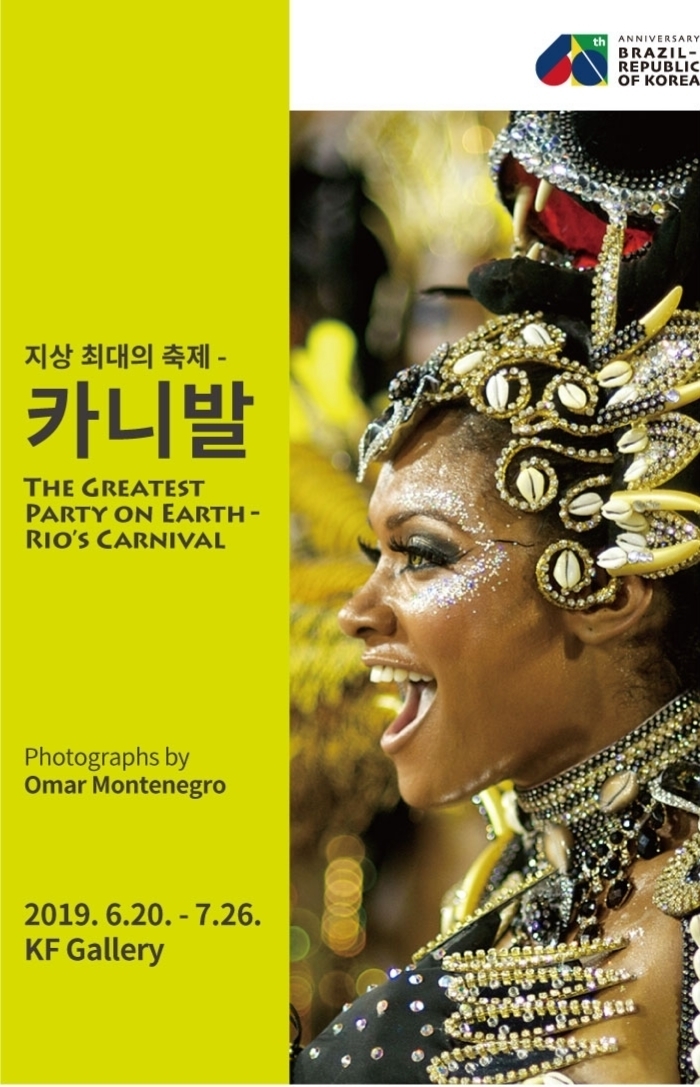 한국어
Every February, Rio de Janeiro celebrates the carnival. Millions of spectators from all over the world experience this unique feast for the senses: a celebration of life marked by lively music and spectacular costumes.

The beauty of the festivities is reflected not only in the creatively decorated car floats
and outfits, but also in the world-famous songs and dances of Brazilian Samba.

When you enter the Rio Carnival, you enter a dream state. Thousands of characters
come alive to join in this celebration of music and life. It is truly the greatest party on earth.

Join us for a journey through the Rio Carnival in Seoul through Omar Montenegro's
photographs. 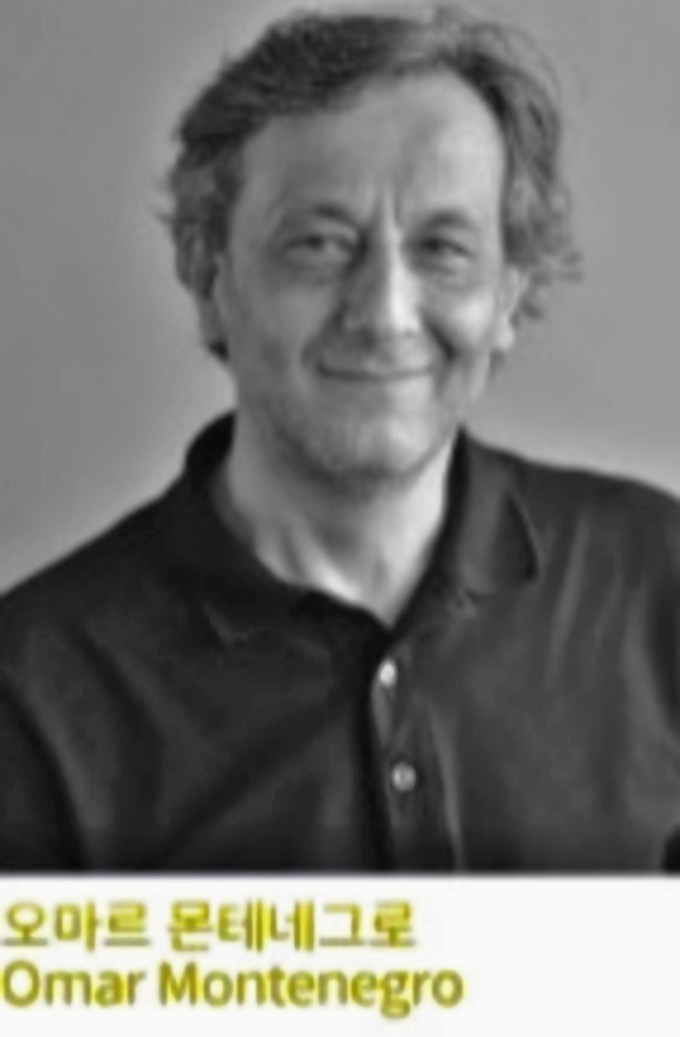 Trained as a designer and illustrator, Omar has always possessed a vibrant passion for the visual arts. He embraced photography as a means of expression, experimenting at the studio with lights and forms to explore the complex world of human emotions and feelings.
Despite living on the otherside of the world, Omar has been to seven of the ten last carnivals in Rio.

"I have a passion for everyone taking part in the parade, especially regular people.
I always use fixed lens, which forces me to be close to them. I never zoom in."

Born in Argentina, Omar lived in Brazil and the United States for over twenty years. He has made Singapore his home since 2015.

The History of Carnival The Rio Carnival is held every year over five days, from the Friday to the Tuesday
preceding Ash Wednesday. lts roots the 16th century, when Portuguese settlers celebrated "Entrudo", a kind of "everything goes, anything goes" on the eve of the Catholic Lent, or the forty days of penitence before Easter.

The first carnival festivities in Rio date back to 1723. However, it was only in the 20th century that samba became is unofficial soundtrack. Since 1932, Rio's Carnival has held a samba parade competition every year. 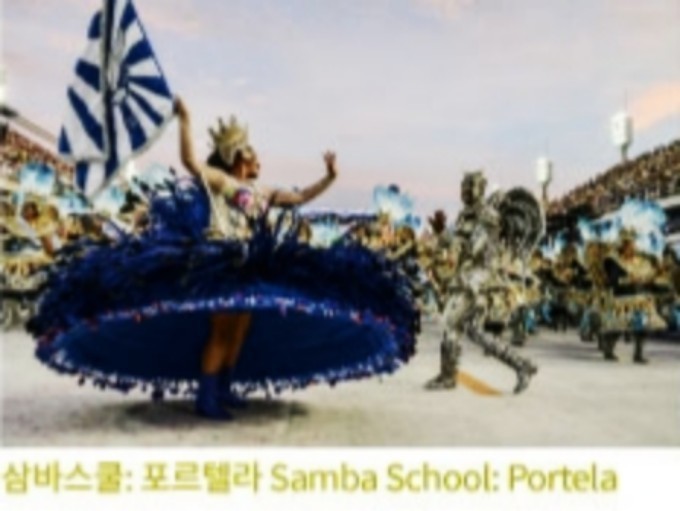 Each samba school has its own distinctive colors. Only 12 of the more than 100 samba schools in Rio de Janeiro make it to the very top level, known as Special Group. Samba schools take their name from their community or neighborhood, and success at the parade is a matter of great pride.

In particular, the schools of Beija-Flor, Mocidade, Salgueiro, and Mangueira are well established in the Special Group of the Rio Carnival. 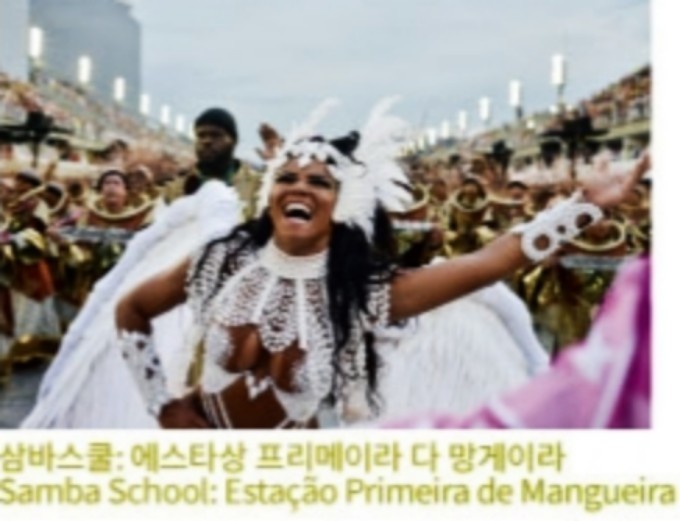 Each of the 12 samba schools in the Special Group has 80 minutes to parade from start to the end of the Sambadrome, the Samba Stadium. The competition is fierce and occasionally leads to draws. After much anticipation, the judges declare the winner on Ash Wednesday.

The Making of Carnival 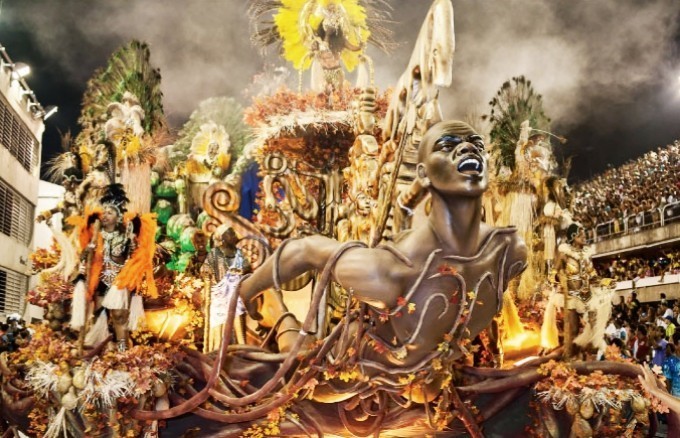 The samba schools generate thousands of jobs, as the industry has mobilized generations of freelance professionals and craftspeople. Every costume is truly original as it is designed and made from scratch each year.

A variety of materials are used: mirrors, feathers, metallic cloth, silk and sometimes gems or even coins. Every samba school
has five or six car floats filled with sculptures made of wood, plastic and other materials. The biggest cars reach up to 13 meters high and 60 meters long. These cars are pushed by people who position themselves under or behind them.

The queens of drummers lead out their respective schools. Behind them, around 300
drummers, known as the "bateria," and thousands of dancers follow. The queen's job is to dazzle the crowd with their beauty and graceful samba steps - and, most importantly, to inspire the drummers.

Carnival and the Economy 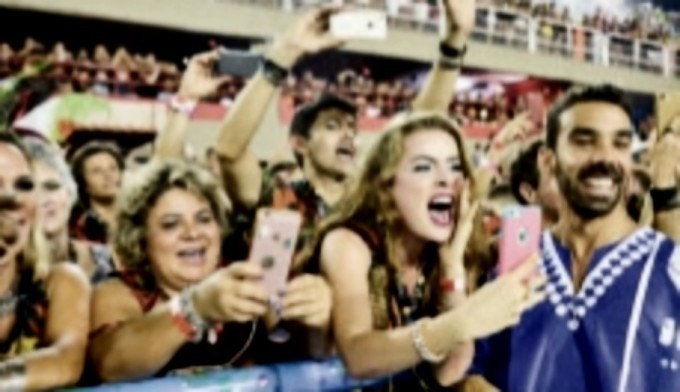 The Rio carnival is one of the world's biggest events in terms of its economic impact. More than a million visitors come to Rio for the festival, which creates temporary jobs or
income for more than 250,000 people every year. The festival accounts for a quarter of
Brazil's yearly tourism revenue, comparable to the Olympics or the Football World Cup. 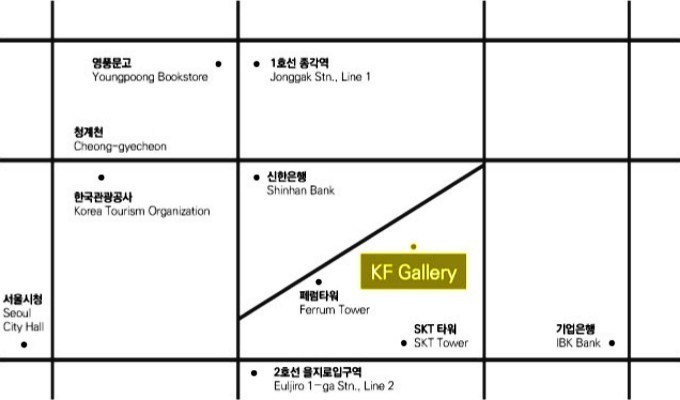