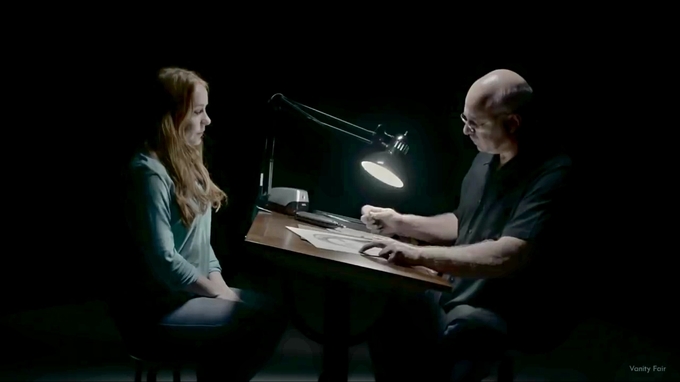 Algorithms and a Forensic Sketch Artist

Some of those images look more like what we think of as images than others. And so, my role in helping to take the first image of a black hole is to design algorithms that find the most reasonable image that also fits the telescope measurements.

Just as a forensic sketch artist uses limited descriptions to piece together a picture using their knowledge of face structure, the imaging algorithms I develop use our limited telescope data to guide us to a picture that also looks like stuff in our universe. Using these algorithms, we're able to piece together pictures from this sparse, noisy data. 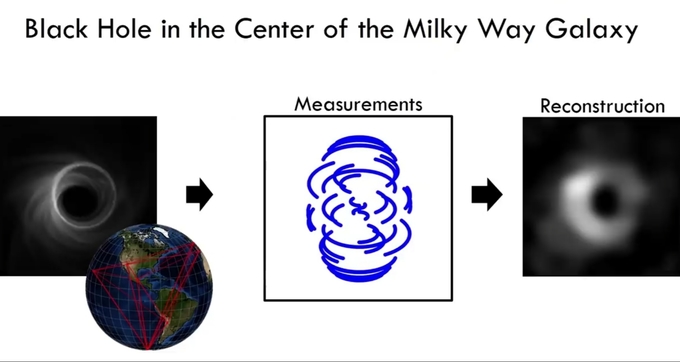 ㅇ
Reconstructing the Image of a Black Hole

So here I show a sample reconstruction done using simulated data, when we pretend to point our telescopes to the black hole in the center of our galaxy. Although this is just a simulation, reconstruction such as this give us hope that we'll soon be able to reliably take the first image of a black hole and from it, determine the size of its ring. Although I'd love to go on about all the details of this algorithm, luckily for you, I don't have the time.

But I'd still like to give you a brief idea of how we define what our universe looks like, and how we use this to reconstruct and verify our results. Since there are an infinite number of possible images that perfectly explain our telescope measurements, we have to choose between them in some way. We do this by ranking the images based upon how likely they are to be the black hole image, and then choosing the one that's most likely. 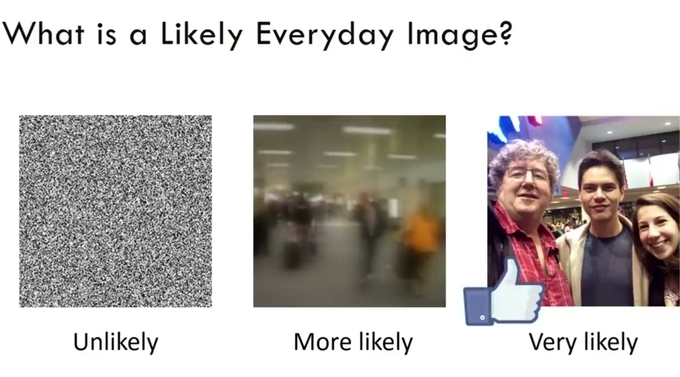 ㅇ
So what do I mean by this exactly? Let's say we were trying to make a model that told us how likely an image were to appear on Facebook. We'd probably want the model to say it's pretty unlikely that someone would post this noise image on the left, and pretty likely that someone would post a selfie like this one on the right. The image in the middle is blurry, so even though it's more likely we'd see it on Facebook compared to the noise image, it's probably less likely we'd see it compared to the selfie. 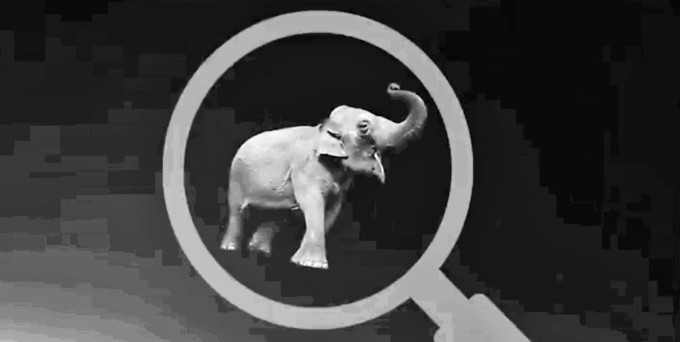 ㅇ
A Giant Elephant at the Center of Our Galaxy

But when it comes to images from the black hole, we're posed with a real conundrum: we've never seen a black hole before. In that case, what is a likely black hole image, and what should we assume about the structure of black holes? We could try to use images from simulations we've done, like the image of the black hole from "Interstellar," but if we did this, it could cause some serious problems.

What would happen if Einstein's theories didn't hold? We'd still want to reconstruct an accurate picture of what was going on. If we bake Einstein's equations too much into our algorithms, we'll just end up seeing what we expect to see. In other words, we want to leave the option open for there being a giant elephant at the center of our galaxy.