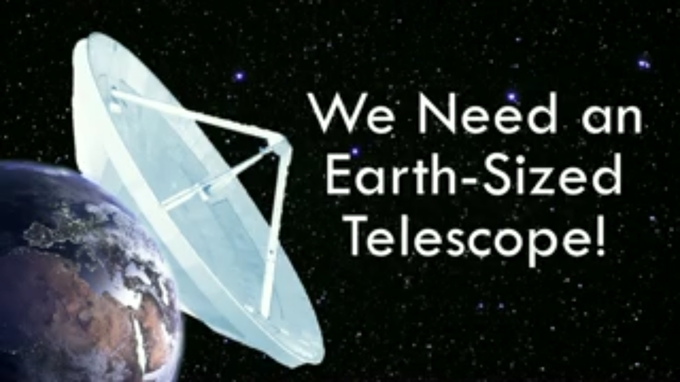 We Need an Earth-Sized Telescope

So how big of a telescope do we need in order to see an orange on the surface of the moon and, by extension, our black hole? Well, it turns out that by crunching the numbers, you can easily calculate that we would need a telescope, the size of the entire Earth.

If we could build this Earth-sized telescope, we could just start to make out that distinctive ring of light indicative of the black hole's event horizon. Although this picture wouldn't contain all the detail we see in computer graphic renderings, it would allow us to safely get our first glimpse of the immediate environment around a black hole.

However, as you can imagine, building a single-dish telescope the size of the Earth is impossible. But in the famous words of Mick Jagger, "You can't always get what you want, but if you try sometimes, you just might find you get what you need."

And by connecting telescopes from around the world, an international collaboration called the Event Horizon Telescope is creating a computational telescope the size of the Earth, capable of resolving structure on the scale of a black hole's event horizon.

This network of telescopes is scheduled to take its very first picture of a black hole next year. Each telescope in the worldwide network works together. Linked through the precise timing of atomic clocks, teams of researchers at each of the sites freeze light by collecting thousands of terabytes of data. This data is then processed in a lab right here in Massachusetts. 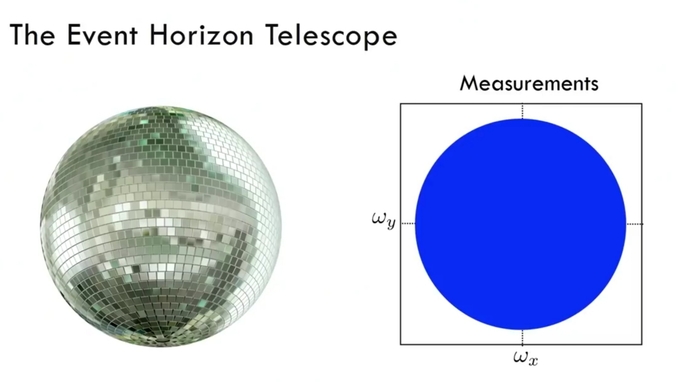 So how does this even work? Remember if we want to see the black hole in the center of our galaxy, we need to build this impossibly large Earth-sized telescope? For just a second, let's pretend we could build a telescope the size of the Earth. This would be a little bit like turning the Earth into a giant spinning disco ball. Each individual mirror would collect light that we could then combine together to make a picture.

However, now let's say we remove most of those mirrors so only a few remained. We could still try to combine this information together, but now there are a lot of holes. These remaining mirrors represent the locations where we have telescopes. This is an incredibly small number of measurements to make a picture from.

But although we only collect light at a few telescope locations, as the Earth rotates, we get to see other new measurements. In other words, as the disco ball spins, those mirrors change locations and we get to observe different parts of the image. The imaging algorithms we develop fill in the missing gaps of the disco ball in order to reconstruct the underlying black hole image.

If we had telescopes located everywhere on the globe -- in other words, the entire disco ball -- this would be trivial. However, we only see a few samples, and for that reason, there are an infinite number of possible images that are perfectly consistent with our telescope measurements. However, not all images are created equal.